Since every movie today had a dog in at least one scene, I'm declaring it a theme. I've noticed dogs earlier, but I've been holding back on declaring it a theme based on the theory that dogs are pretty commonplace, and it might all be a coincidence. Nope, while Indiefest was all about the bunnies, Cinequest is all about the doggies. Other themes popping out--axes and the clapper (but those are only about 3 movies each so far).

Previous movies that have had at least a brief shot of a dog (that I can remember):
"You Are Here"
"The Doorman"
"Curiosity Kills the Cat"

and I know there were a lot more, but I wasn't keeping careful track. I actually got to the point today where I did blurt out "doggie" during a movie, so it's officially a theme. 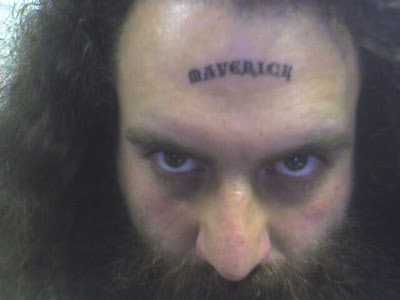 All Right, now on to the movies.

Okay, first up was a Phillipine movie, "Batad", about life in an endangered cultural heritage village of Batad, famous for its rice paddy steppes. It's a comical drama about the hero, Ag-ap, a young man who travels all the way in to the local town (at least a couple of hours by foot) to sell fruit in the market. His feet are sore from walking so much, and so more than anything he wants a good pair of shoes. So for over half the movie it's the 'quest for shoes', where he tries anything to either get shoes or money to buy shoes (including offering to trade a dog for shoes--there's the dog reference). Then when he gets the shoes, it becomes a sort of "be careful what you wish for" story. A very cool movie, that started kind of slow (just because I didn't know what I was watching), but won me over pretty easily. Also it has some absolutely beautiful shots of Batad village and the landscape around it.

Next up was the comedy that's giving "Blood Car" a run for the title of "funniest fucking thing I've seen this week"--"A Dog's Breakfast". The story of a lovable but psychotic nerd named Patrick (you know he's lovable because he takes good care of his dog Mars), his sister Marilyn, and her fiancé Ryan (an actor on the sci-fi soap opera, "Star Crossed"). Patrick doesn't like his soon-to-be brother in-law, so he hatches elaborate plans to kill him. Wacky hijinx ensue. And keep on ensuing, when Ryan dies in a ladder accident while hanging Christmas lights, and for some reason Patrick decides he has to keep it a secret. A brilliant tour de force of slapstick silliness.

Then it was time for the Hungarian comedy, "Just Sex and Nothing Else" (which, by the way, it was great fun standing in line for. "What are you here for?" "Just Sex and Nothing Else"; "I'm looking for Just Sex and Nothing Else." "Well, you came to the right place!" I haven't had this much fun with a title since I saw "Fuck" and Indiefest last year). Dora dreams of marriage and a baby (especially a baby). And when her boyfriend gives her an engagement ring it looks like her dreams will come true--until his wife bursts in. So begins her ordeal of humiliation, beginning with escaping out the balcony topless, and being "rescued" by the neighbor, who just happens to be the lead actor in the stage adaptation of "Dangerous Liasons" she's edited. He's a notorious lothario pig, and of course takes an interest in her. So does the sensitive but clumsy composer working on the play, and the nice Turkish chef at the gyro stand where she stops (he does a great job as a cute but immature showoff). But she's tired of men, and just wants a baby, so she takes out a personals ad (the closing line of which is the movie's title. Also, one of the dates she meets has a doggy, so we're keeping with the doggy quotient). It's a sweet and funny sex comedy.

And finally, a sweet and funny non-sex comedy, "All the Days Before Tomorrow". It's the story of Wes and Allison, who met 2 years ago at her place in Montreal, took a road trip through Utah last year, and are now meeting at his place in Los Angeles. They have a definite chemistry, but the timing is never right for them to couple up. It's a story of one of those friendships that is in some ways closer than lovers, but still sexless (and at times to their mutual frustration). Told in flashbacks, weaving their three main encounters together, and punctuating them with bizarre dreams in which Richard Roundtree is Wes's spirit guide--in one of which he teleports himself with the help of a helmet that wires his head to a dog's head. So that complete's the dog theme of the day, and also was the moment I quietly blurted out "doggy!" in a crowded theater. Because I'm losing my freakin' mind! Here's a picture of the director, François Dompierre: 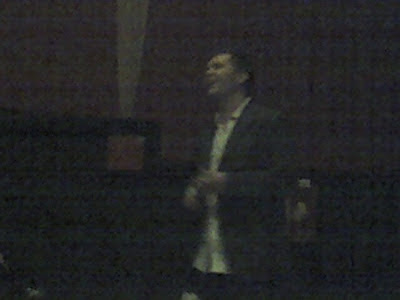 Posted by puppymeat at 1:07 AM