And I rewatched "Special" and "The Living and the Dead". Nothing new, and I could've stayed home. But these two movies are more awesome than getting a good night's sleep.

Also, filmmaker's have shown up that weren't here before. Here's a pic of the producer of "Special" (I didn't catch his name). 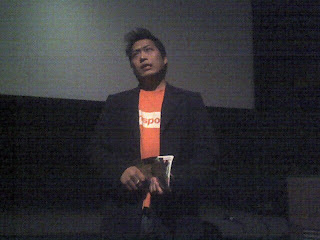 And here's a pic of Mike Williamson, the director of "In the Wall", the short that played before "The Living and the Dead". 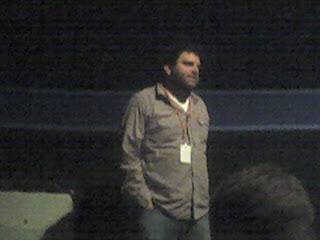