So guess what I did Wednesday night? That's right, I watched some movies!

But first, let me just start by saying my last words (I promise) on hating SAMUEL BLEAK. I have something of a reputation for liking too many movies, so it's pretty unusual for me to have such a violently negative reaction. People have challenged me that while it's flawed, even horribly awful, it's not the worst movie in the history of Cinequest, or even this year's Cinequest. NEW YORK DECALOGUE, for example, has inspired violent reactions. Reactions I understand and sympathize with, even if I don't completely agree. I also have a friend who refuses to ever return to Cinequest because her first experience was watching CANARY. I understand, that movie can be frustrating and annoying, but it's not "bad."

You see there's a difference between a "bad" movie and just "not my kind of movie." If you're allergic to aspirin, that doesn't mean aspirin is a bad pain reliever, it just means you shouldn't take it. On the other hand, if you sold me a hammer with instructions to hit myself on the head until your pain goes away, that's a bad pain reliever.
CANARY opens with 10 minutes of un-subtitled, banal Russian dialog. That can bore people, frustrate people, piss people off. But it (the scene, if not the reactions) is absolutely intentional, and all those reactions are completely valid. If it pisses you off, fine. You can think it failed on your terms, but it succeeded on its own.
SAMUEL BLEAK failed on its own terms. It was supposed to be an entertaining, inspiring movie, but it was full of too many emotionally false, groan-inducing scenes to be either.
With that said, I wish it luck. I am not trying to keep people from seeing SAMUEL BLEAK.
Hating a movie is way better than not caring about it one way or the other. The worst thing you can say about a movie is, "Ehhh...I guess it was okay." I hope people have seen it (and continue to see it) because they wanted to know what I thought was so awful. I hope it has a great life as a cult classic bad movie, with drunk college students shouting one-liners and laughing at it. And if that's not what Dustin Schuetter wants for a legacy, then I hope his next film is better. I'll see it.
And now to the movies I saw Wednesday, starting with the short BABY. It starts out really fascinating. A woman sees some guys steal a girl's cell phone. She confronts them, but they brush her off. And one of them follows her onto the subway (or was it a bus, I forget), looking all menacing and trying to talk to her. And then...I fell asleep. I was out for maybe 5-10 minutes (it's a 25 minute short), and when I woke up I had no idea where I was. I mean, I knew I was at Cinequest, I knew I was in the Camera 12, but I had completely forgotten what movie I was seeing. I've dozed off before, but I've never been that disoriented. It was kinda scary. Oh, and as far as I know BABY was pretty good.

That was the lead in to the feature, THE SNOW CAVEMAN, a documentary about Sverre Nokling, a man who has lived in the wilds of the Norwegian mountains for two decades. He stashes supplies all over the mountains, bathes in streams (in the summer) or public bathrooms (in the winter), and shelters in caves he has found or dug all over the mountain. As an aside, I liked him talking about how a dome is the best structure for a snow cave--I learned that from my Boy Scout days in Alaska. He's got a sense of humor, he likes to sing, and he likes solitude and nature. He doesn't come off as crazy per se, but he's certainly different. The major conflict is with his mother, who loves him and knows he's a good boy, but is heartbroken over his rejection of society. So when she dies, she wills him her apartment, but only on the condition that he lives there or sells it to pay for a different place to live. So he is faced with a tough decision. He's an interesting subject, interesting enough to carry a movie that's very light on any sort of narrative flow.

Then I caught, MEDAL OF HONOR, a clever little treat from Romania. Ion I. Ion is an old man, pretty much living out his final days. He's got a wife...who barely speaks to him. He's got a son...living in Canada, who he hasn't seen in 7 years. He's got a grandson, who he's never seen, and who doesn't even speak Romanian. And then he gets a letter from the Ministry of Defense telling him he's being awarded a medal for an act of bravery in WWII, over 50 years ago. He can't even remember what he did, so he politely asks for an explanation, but enjoys his medal anyway. In the meantime, he studies his old war letters, figures out it must have been for a battle where his squad blew up a gun, and he starts living with a little more zeal. Turns out, having a piece of metal on your chest manages to put a little more pride in his heart, and people give him quite a bit more respect. Too bad the Ministry follows up his request by discovering it was a typo, the medal was meant for Ion J. Ion. Oops! It's an excellent, funny, poignant movie with an excellent performance by Victor Rebenjuic as Ion.

And then I saw the epochal cinematic event of our lives, the moment when everything changed, the world premiere of... 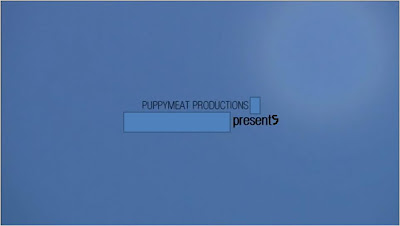 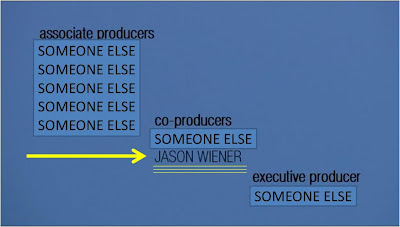 Okay, in all seriousness I'm probably a little too emotionally involved in the success of this movie to review it fairly. On the other hand, I was not at all involved in the making of this. I just gave my friend Jarrod Whaley some money to put my name on the credits, I didn't have any creative input (which I think technically makes me the best producer ever). For me to take credit for this movie would be like taking credit for a friend's baby when all I did was poke a hole in his condom. Sure, it might not have happened without me, but that doesn't mean it has any of my DNA.
With that said, I loved it. I'm proud as all hell to have my name on it. And it was thrilling being in the audience hearing people laugh at the right moments. And here's a link to a much better (paid, even!) writer who isn't connected to the production, so you can trust him! See, it's not just me (and fellow producer Cynthia Corral) who liked it!
And that was Wednesday at Cinequest.
Total Running Time: 278
My Total Minutes: 227,441
Posted by puppymeat at 7:36 AM